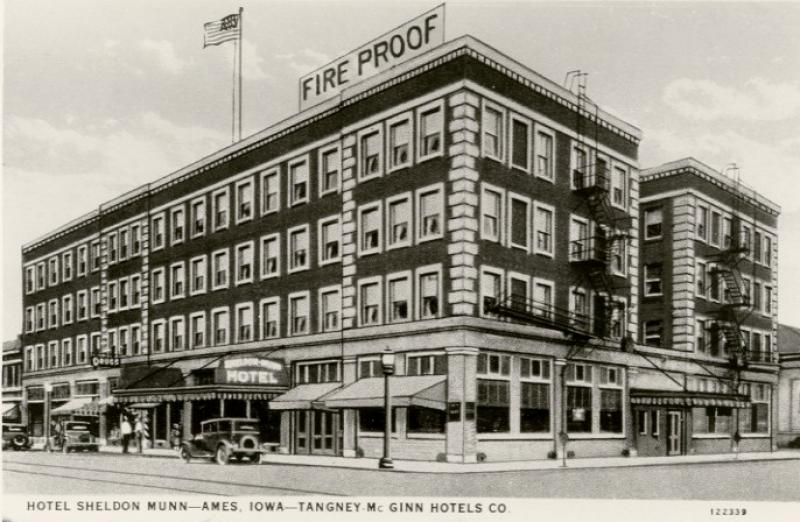 This photograph of the Sheldon-Munn Hotel, on the corner of Kellogg Avenue and Main Street in downtown Ames, was taken shortly after the addition of west wing of the hotel sometime in the late 1920s. This picture is from a color postcard (#303 in Farwell Brown's "Postcards of Ames, Iowa, and Its Environs." The sign "Fire-Proof" was never on the building, but was added to the postcard to promote the hotel's safety. The flag pole was truly on the building, but has been gone from the structure for many years. (See also: 49.413.1-2)
Citation: 79.412.5-6
Year: 1928 (approx.)
Categories: Businesses, Misc., Downtown/Main St.
Tags: SHELDON-MUNN HOTEL, KELLOGG AVENUE, HOTELS, MAIN STREET
< Back to Search