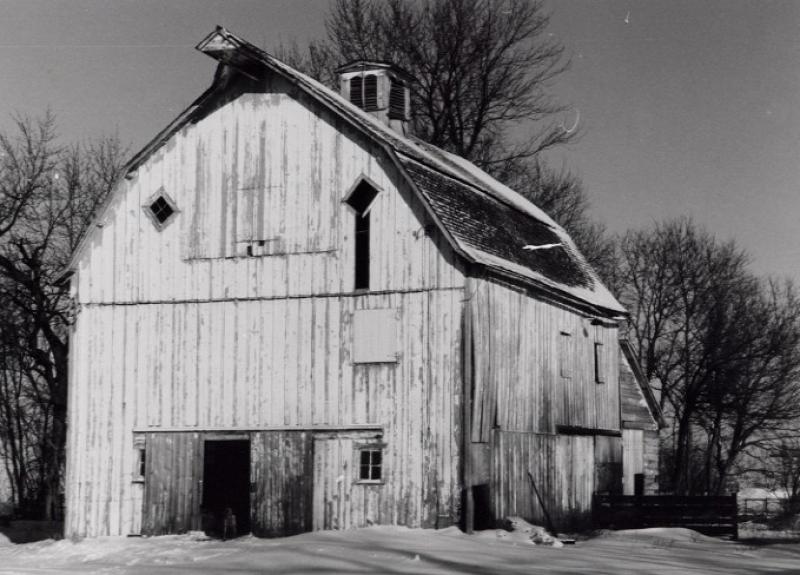 In the 1930s, most Iowa barns provided substantial overhead hay storage and were often referred to as "mow barns," mow rhyming with cow, with the upper barn area known as the "hay mow." These mow barns were equipped with a metal track suspended from the entire interior length of the barn's ridge. With long ropes and a pulley system, a grappling hay fork would hoist and carry the hay from the hay rack at the barn's front to the mow area. This photo, taken by Farwell T. Brown in 1996 at the Taylor farm at the north edge of Ames on west 24th Street, shows the track extension over the front mow door. (See also: 182.1028.1-3)
Citation: 182.1031.2-3
Year: 1930 (approx.)
Categories: Places/Buildings
Tags: MOW BARNS, FARMS, BARNS, TAYLOR FARM
< Back to Search