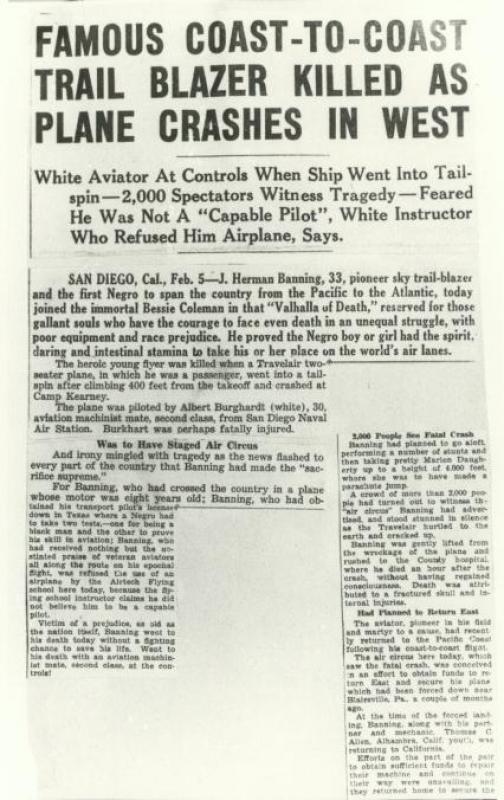 Article (San Diego, CA, February 5, 1933) telling of circumstances of Herman Banning's death during an air circus in San Diego. Banning was denied use of plane by the Airtech Flying School because the instructor did not believe him to be a capable pilot because of his color. Piloting the plane instead was an aviation machinist second class, who was white. Banning died an hour after the crash. The machinist was also fatally injured.
Citation: 71.364B.4
Year: 1933
Categories: People, Misc.
Tags: BLACK RESIDENTS OF AMES, PILOTS, BANNING, J. HERMAN
< Back to Search