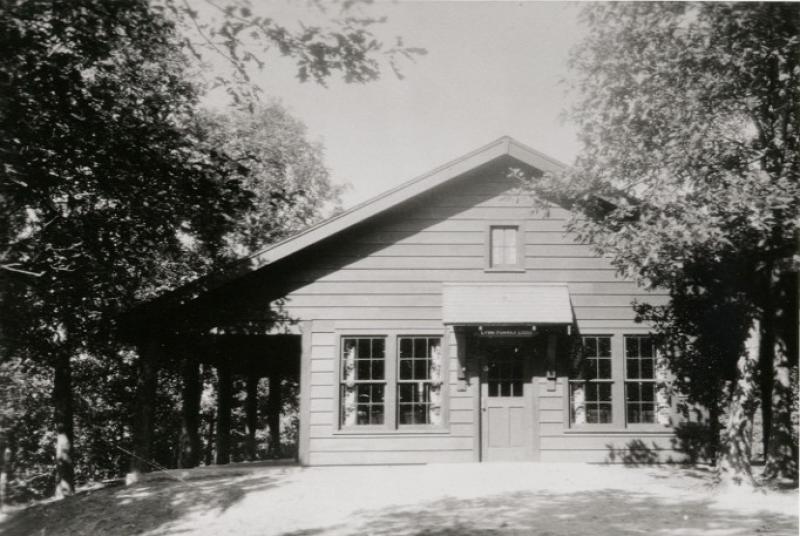 Picture of the YMCA Lodge located northwest of the Iowa State College Campus in what was once called the "North Woods"and later was called "Reactor Woods" because of the nearby location of Iowa State University's small nuclear reactor. This photograph was taken around 1935. The lodge bears the name of Lynn Fuhrer, an Iowa State College student who had been very active in the YMCA program on campus. Fuhrer was killed in a head-on highway collision in 1932. The lodge is still in operation today [2004] as a YMCA facility and is located at 1820 Scholl Road.
Citation: 217.1235.1-2
Year: 1935 (approx.)
Categories: Misc., Places/Buildings, People
Tags: YMCA, NORTH WOODS, REACTOR WOODS, LYNN FUHRER LODGE, FUHRER, LYNN
< Back to Search