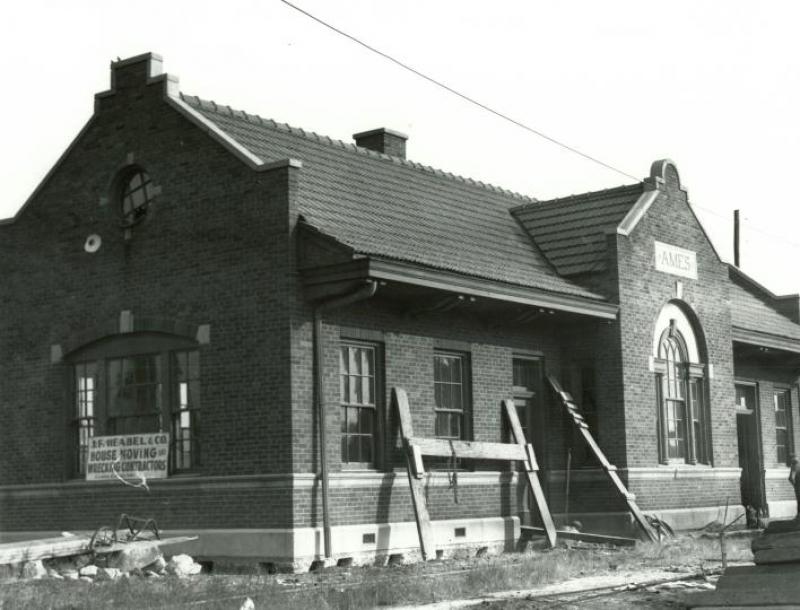 The Interurban Depot had to be moved back from the street before construction began on the Grand Avenue Underpass in 1937. Located where the ISU Credit Union is now (1991) situated. Here the moving contractor J. F. Heabel & Co. of Cedar Rapids is preparing the brick structure for its move. Relocated a short distance to the west of its original location, it remained a freight depot until the 1960's. It was removed in 1965 when the Interurban property was sold to the King's Host Restaurant and the Greyhound Bus Company. (See also: 131.718.1)
Citation: 130.717.5-6
Year: 1936
Categories: Misc., Places/Buildings
Tags: GRAND AVENUE, DEPOT, INTERURBAN
< Back to Search