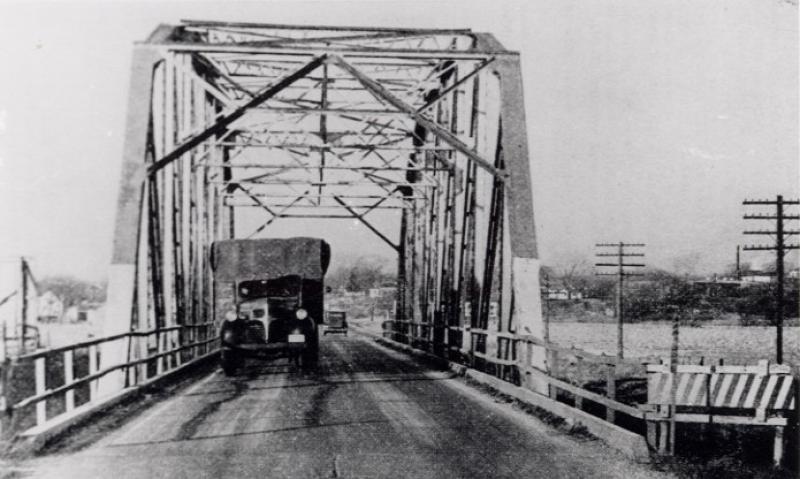 The bridge over the Skunk River, on Lincoln Way on the east side of Ames before there was much development in the lowland between the river and the higher land, which is the area seen on the right side of this photograph. A car is shown heading west on Lincoln Way while a large truck is coming east. This bridge, built in 1920, was later replaced by a wider, differently-styled truss bridge. The original bridge was literally "moved"--disassembled in 1952 and reassembled eight miles to the north on one of the county's roads. This was accomplished by the staff of the Story County engineer. This bridge can be seen today [2004] two miles north of the area known as Soper's Mill on 150th Street (40 and 8 Cabin Road).
Citation: 168.940.2-3
Year: 1937 (approx.)
Categories: Transportation, Places/Buildings, Parks & Nature
Tags: TRUCKS, AUTOMOBILES, BRIDGES, SOPER'S MILL, SKUNK RIVER
< Back to Search