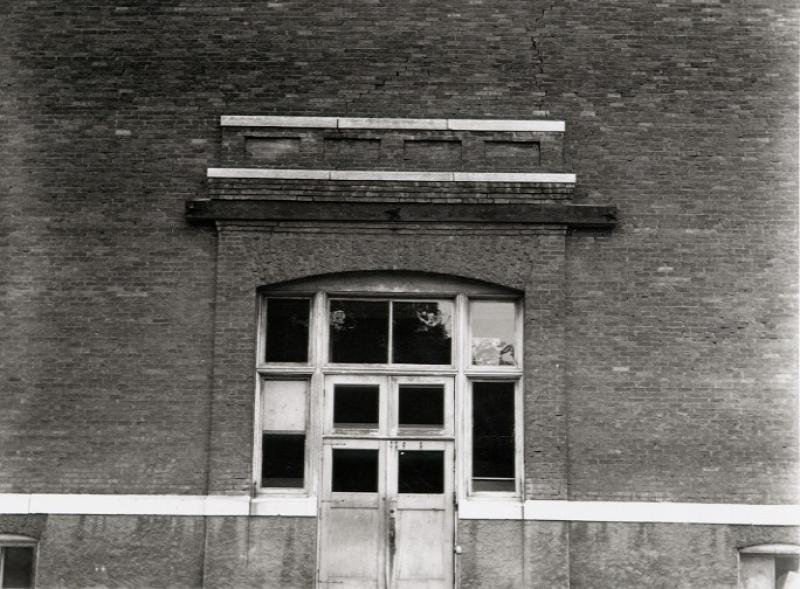 The east entrance to the old Central School, shortly before it was torn down in 1937 to make room for the new Ames High School (now Ames City Hall) on the southwest corner of Clark Avenue and Sixth Street. Central School was built in 1901 and once housed both elementary and high school classes. Later it served as the high school until a new high school was built on the east side of Clark in 1912. At that time, Old Central became a junior high school until the 1937 building replaced it. Then, the junior high school moved over into the 1912 building across the street.
Citation: 193.1095.5
Year: 1937 (approx.)
Categories: Schools, Places/Buildings
Tags: SCHOOLS, CENTRAL SCHOOL, SIXTH STREET, AMES HIGH SCHOOL, CLARK AVENUE
< Back to Search