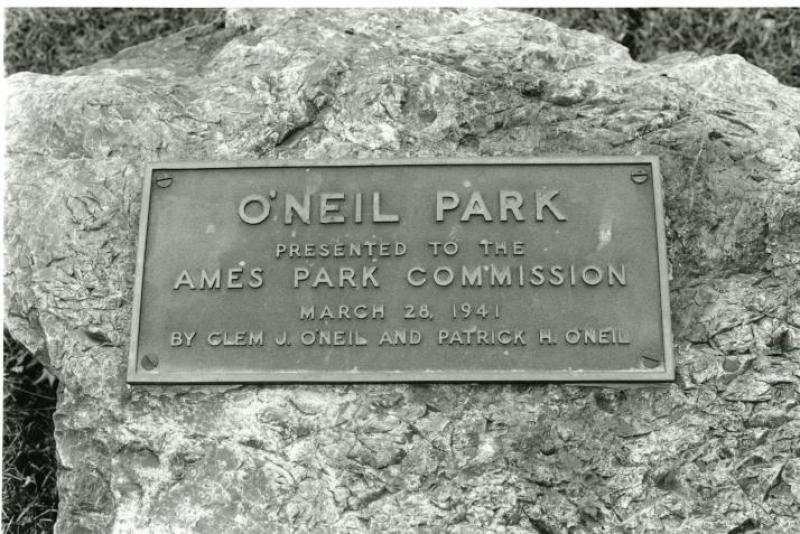 Plaque on rock in O'Neil Park, bordered by South Third and South Fourth streets and Maple and Oak avenues in central Ames, reads: O'NEIL PARK/PRESENTED TO THE AMES PARK COMMISSION/MARCH 28, 1941/ BY CLEM J. O'NEIL AND PATRICK H. O'NEIL. The three acres of land used to belong to the O'Neil brothers who wanted to build a dairy there. The city would not rezone the land, so the O'Neils donated it to the city for the park. Even though the plaque identifies one brother as Clem J. O'Neil, his name was actually John Clement O'Neil; he was popularly known as Clem. (Photo by Farwell T. Brown, 1995)
Citation: 179.1009.1
Year: 1941
Categories: People, Parks & Nature
Tags: O'NEIL, JOHN CLEMENT (CLEM), PARKS, O'NEIL PARK, O'NEIL, PATRICK HENRY
< Back to Search