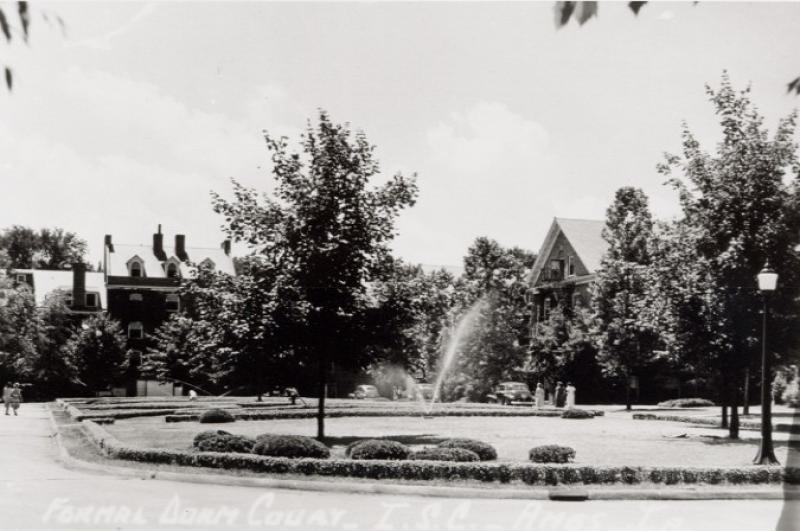 The formal court in the center of the women's dormitories on the campus of Iowa State College in the early 1940s (the automobile models are a clue to the date as are the dresses of the women in the picture). This dormitory complex (later known as Carrie Lane Court) was begun across from the Knoll between 1914 and 1916 because of a substantial increase in the number of women students. The dormitory in the right of the photograph is Roberts Hall (built in 1935-36), the one in the left center of the photograph and the end of the oval drive is Welch Hall (built in 1928/29, and the one on the far left is Birch Hall (built in 1922).
Citation: 194.1100.3-5
Year: 1942 (approx.)
Categories: ISU / ISC, Transportation
Tags: ROBERTS HALL, ISC, WELCH HALL, ISC, AUTOMOBILES, IOWA STATE COLLEGE, BIRCH HALL, ISC, CARRIE LANE COURT, ISU, DORMITORIES, ISC
< Back to Search