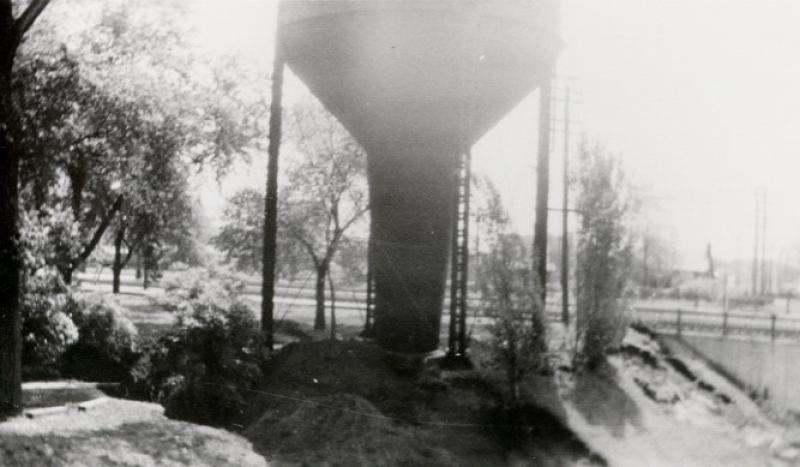 This photograph, taken at the height of the 1944 flood, shows the water tank that stood on the west end of the Ames depot grounds, on the east side of the Grand Avenue underpass. Immediately to the right is the underpass. Due to the flooding that occurred, the embankment around the footings of the tower had slid into the underpass making it unuseable until the mud could be cleaned out. The photograph is looking south toward Lincoln Way near the Chicago & North Western Railroad bridge which crossed over Grand Avenue. For more information on the 1944 Ames flood, see p. 17 of Farwell Brown's "Ames in Word and Picture; Book Two: Further Tales and Personal Memories," 1999.
Citation: 136.752.5
Year: 1944
Categories: Places/Buildings, Misc.
Tags: DEPOT, RAILROAD, FLOODS, GRAND AVENUE, WATER TANKS
< Back to Search