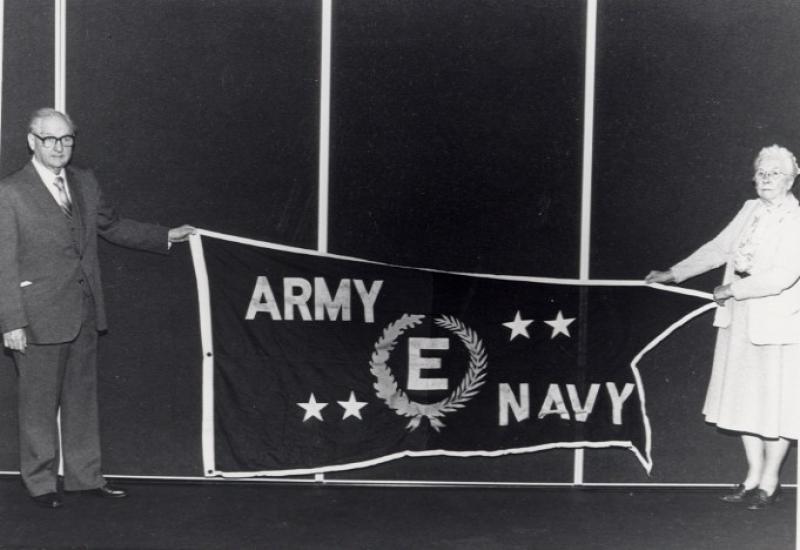 On March 29, 1944, in the Ames High School auditorium, representatives from the Collegiate Manufacturing Company were presented with the "E" award (for excellence) by the U.S. Army and the U.S. Navy for the company's production of raincoats for the troops during World War II. The couple in the picture have not been identified.
Citation: 156.861.1-3
Year: 1944
Categories: Businesses, Wars & Military
Tags: COLLEGIATE MANUFACTURING COMPANY, WORLD WAR II
< Back to Search