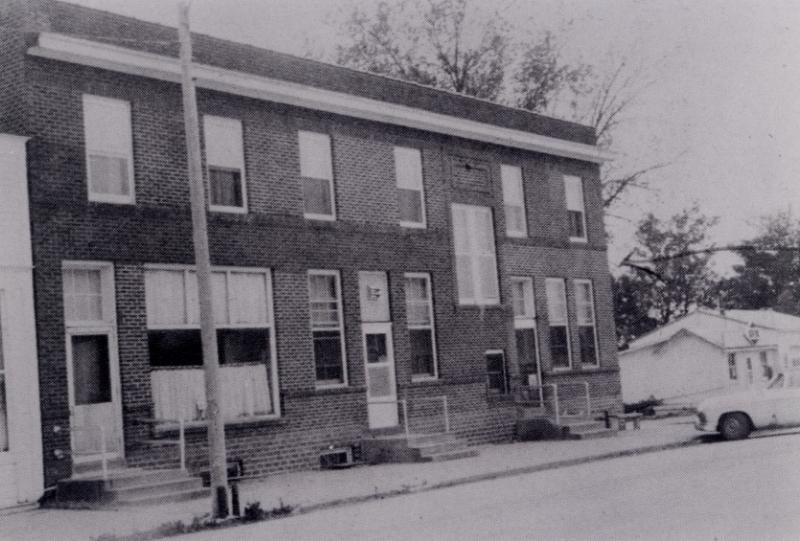 The Thelma Hotel, with 11 guest rooms, operated entirely on the second floor of this brick business building. A barber shop was located on the floor below, and hotel guests patronized a nearby restaurant since the hotel had no dining facilities. This hotel was located on the Iowa Central railroad line and also on the Rock Island railroad line that ran from Des Moines to Minneapolis. J. W. Smith of Ames built McCallsburg's first hotel that included a store and post office in the same building. The Thelma Hotel was built much later than that first hotel and is said to have operated into the 1940s. It has been used as a rooming and nursing residence in recent times.
Citation: 229.1321.1-3
Year: 1948 (approx.)
Categories: Transportation, Places/Buildings, People, Misc., Businesses
Tags: RAILROADS, ROCK ISLAND RAILROAD, IOWA CENTRAL RAILROAD, MCCALLSBURG (IOWA), HOTELS, SMITH, J. W., THELMA HOTEL
< Back to Search