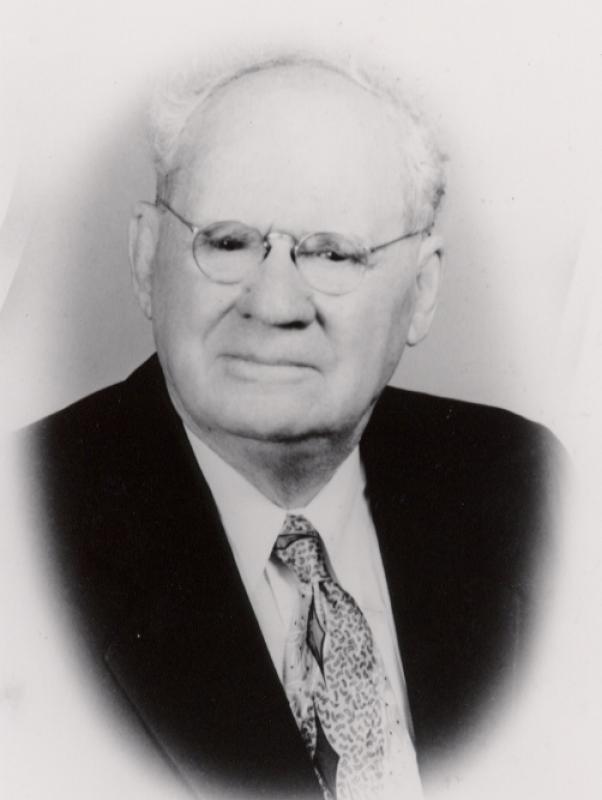 Chaucer Gory Lee, called as C. G. Lee as an adult, was born on August 8, 1869 in Jasper County, Iowa, the son of Sarah Whitcomb Lee and James Lee. James Lee was a Massachusetss Yankee who grandfather had fought at Lexington and Concord. Sarah was related to the poet James Whitcomb Riley. C. G. came to Ames to attend Iowa Agricultural College. As a senior in 1893-94, he was co-editor of the yearbook. He completed Drake Law School in 1895. Within two weeks of being admitted to the bar, he went into practice with his future father-in-law, Dan McCarthy. Lee helped organize the Commercial Club [a precursor to the Chamber of Commerce] in 1896. He served as Ames City Attorney from 1896 to 1902; was 11th District Judge from 1907 to 1914; and in 1914 he was an unsuccessful candidate for the Republican nomination for governor. In addition to his professional life, Lee was a developer who was responsible for 15 additions and subdivisions to Ames. He presided over the 1915 cornerstone-laying ceremony for the new Municipal Building [in 2011, the Jacobson Youth & Shelter Building]. He was married to one of Dan's many daughters, Emma, for whom a westside park would be named [Emma McCarthy Lee Park]. C. G. Lee died on January 4, 1957, at the age of 87.
Citation: 146.804.4-5
Year: 1950 (approx.)
Categories: Misc., Local Organizations, People
Tags: AMES GOLF AND COUNTRY CLUB, REALTORS, AMES COMMERCIAL CLUB, ATTORNEYS, LEE, CHAUCER GORY, CITY ATTORNEYS, JUDGES
< Back to Search