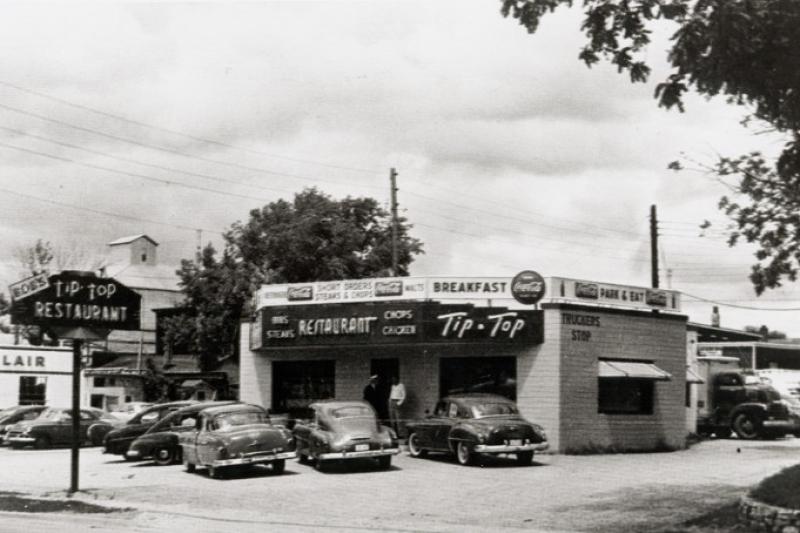 The Tip-Top Restaurant, owned by Robert V. and Helen Jones, began in the early 1950s as the Tip-Top Sandwich Shop. In the mid-1950s it became the Tip-Top Restaurant. It was located at 201 East Lincoln Way on the northeast corner of Lincoln Way and Sumner Avenue. The restaurant was also a truck stop (see the truck parked in the rear of the building and the sign on the side of the building). The vehicles in the parking area all seem to date from the late 1940s and early 1950s. In the 1960s the restaurant became the Tip-Top Lounge and still operates today [2004] as a drinking establishment in the same building. The Sinclair service station can be seen in the lower left of the photograph.
Citation: 203.1149.3
Year: 1956 (approx.)
Categories: Places/Buildings, Transportation, Businesses, Misc., People
Tags: SERVICE STATIONS, TRUCKS, LINCOLN WAY, TIP-TOP RESTAURANT, AUTOMOBILES, RESTAURANTS, JONES, HELEN, JONES, ROBERT V., SUMNER AVENUE
< Back to Search