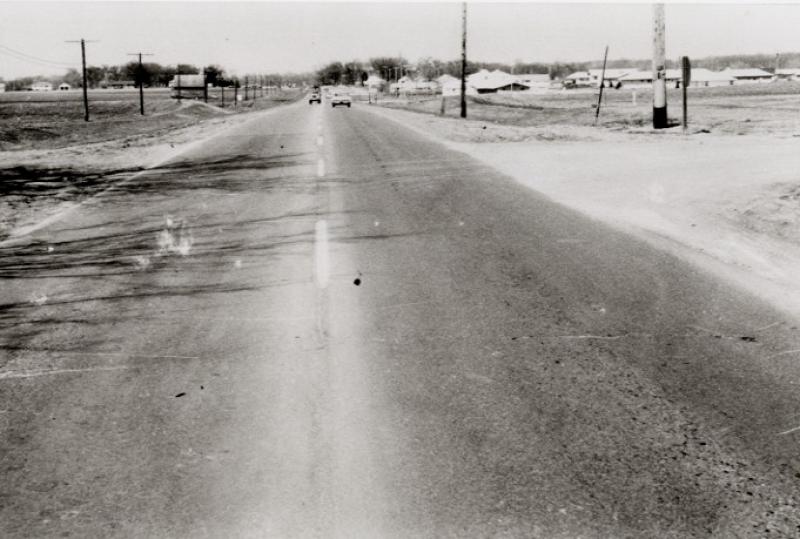 Iowa Department of Transportation photograph of Grand Avenue looking north at the Twenty-Eighth Street intersection, sometime in the late 1950s. Photograph shows Grand before it was widened to four lanes to accommodate the increase in the traffic after the construction of the North Grand Mall in 1971. Grand Avenue, orginally two lanes wide, was turned into a four-lane thoroughfare from Lincoln Way to Twenty-Eighth Street in 1965 and north from Twenty-Eighth Street in 1972. (Photo, courtesy of the Iowa Department of Transportation)
Citation: 210.1192.4
Year: 1958 (approx.)
Categories: Misc., Places/Buildings
Tags: STREETS, TWENTY-EIGHTH STREET, GRAND AVENUE
< Back to Search