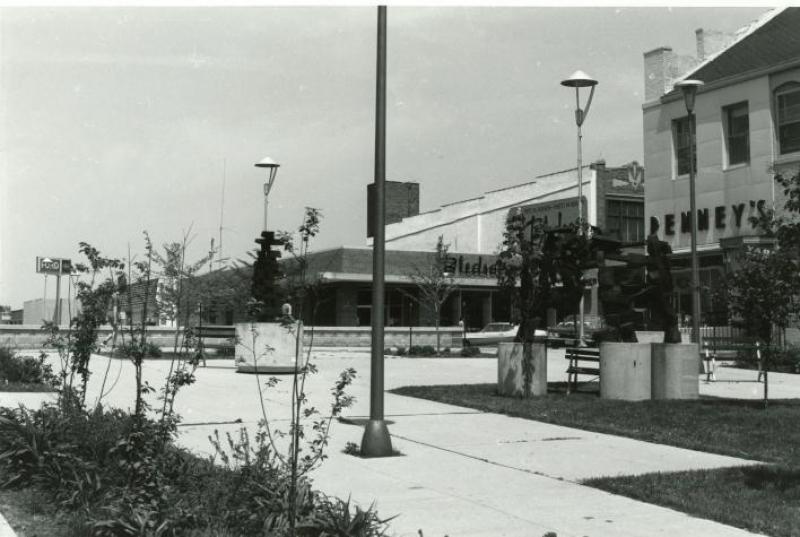 Picture of park on south side of Main Street at intersection of Burnett and Main. this shows park as it was originally set up and landscaped. Across street is Bledsoe's Mens Store. The J. C. Penney store is on the right (east of park). Penney's moved to North Grand Mall in 1971. To the right of Bledsoe's is Fastco Drug. Before Bledsoe's occupied building it was a two-storey structure (the Ford Garage built around 1914). Converted to one storey shortly before Bledsoe's (1957@). Building occupied by Penney's was built around 1916 and was occupied by the Lynn Morris Livery, the last and most modern (included automobiles) of Ames' livery stables.
Citation: 51.253.2
Year: 1968
Categories: Parks & Nature, Businesses, Places/Buildings, Downtown/Main St.
Tags: PARKS, FASTCO DRUG, PENNEY'S, J. C., BLEDSOE'S, MAIN STREET
< Back to Search