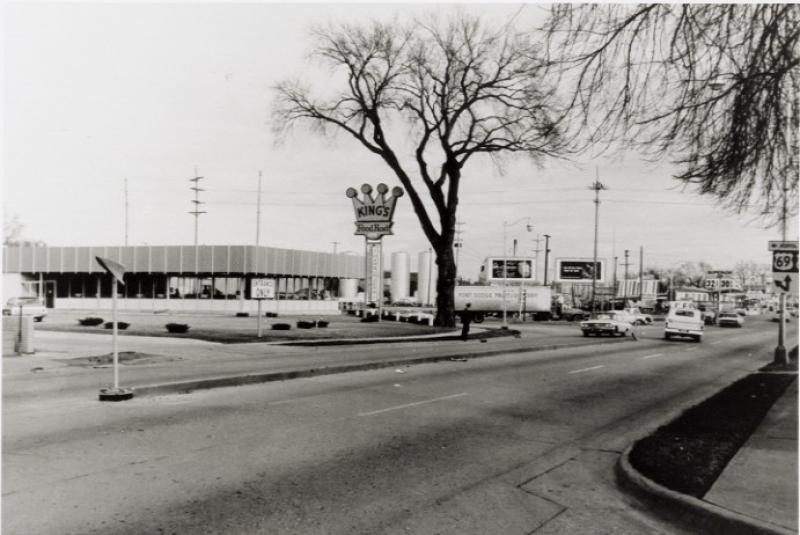 This Iowa Department of Transportation file photo shows the northwest corner of Lincoln Way and Grand Avenue on December 19, 1966. A King's Food Host USA restaurant, one of a chain headquartered in Omaha, Nebraska, is shown at its location at 801 Lincoln Way. This restaurant operated from 1966 until 1975. It featured two-way speakers at each table that were used to order from a fast-food menu. In 1976, with some remodeling, the facility opened as the Bonanza Restaurant, a steak house, that operated in this location until 1982. After this, the building was again remodeled and opened in 1983, as the Iowa State University Community Credit Union. It still [2004] serves this function, though the name of the credit union has been changed to the Greater Iowa Credit Union.
Citation: 206.1169.1-2
Year: 1969
Categories: Businesses, Places/Buildings, Misc.
Tags: ISU COMMUNITY CREDIT UNION, LINCOLN WAY, GREATER IOWA CREDIT UNION, GRAND AVENUE, BONANZA RESTAURANT, RESTAURANTS, KING'S FOOD HOSTS USA
< Back to Search