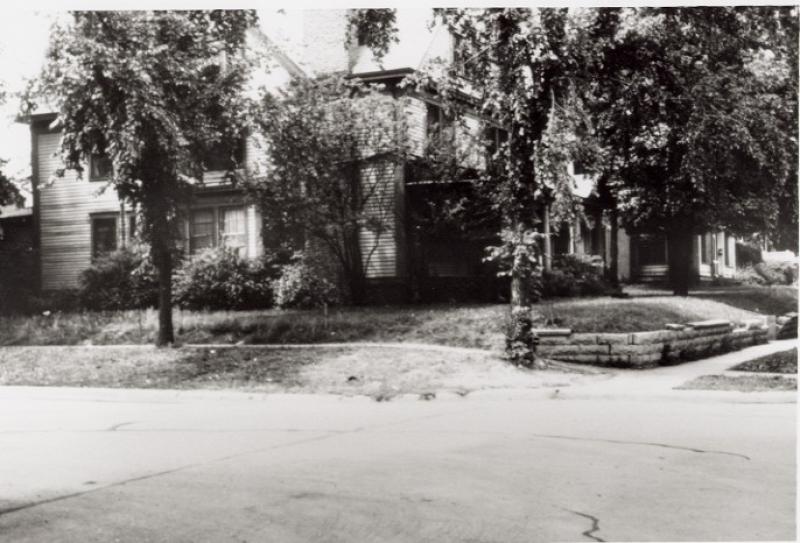 Phi Kappa Psi, an Iowa State College Fraternity, formed its local Iowa Beta Chapter in 1913. It established its residence in this house on the northwest corner of Fifth Street and Grand Avenue. By the early 1920s, Phi Kappa Psi moved to a house in the campus area on Lynn Street. This house was razed in 1978 or 1979 to make way for the construction of the Pyle Office Building (whose construction was completed in 1979). The house to the north of it was originally the childhood home of Gladys Hultz Meads, daughter of George Hultz. Gladys Meads wrote a history of early Ames, "Between the Squaw and the Skunk." The Hultz home was razed in 1984 when the Pyle enterprise was expanded into Pyle Office Park.
Citation: 172.962.1-3
Year: 1975 (approx.)
Categories: Houses, ISU / ISC, Misc., Places/Buildings
Tags: PHI KAPPA PSI, HOUSE, HULTZ, GRAND AVENUE, IOWA STATE COLLEGE, PYLE OFFICE PARK, FRATERNITY HOUSES, ISC, FIFTH STREET
< Back to Search