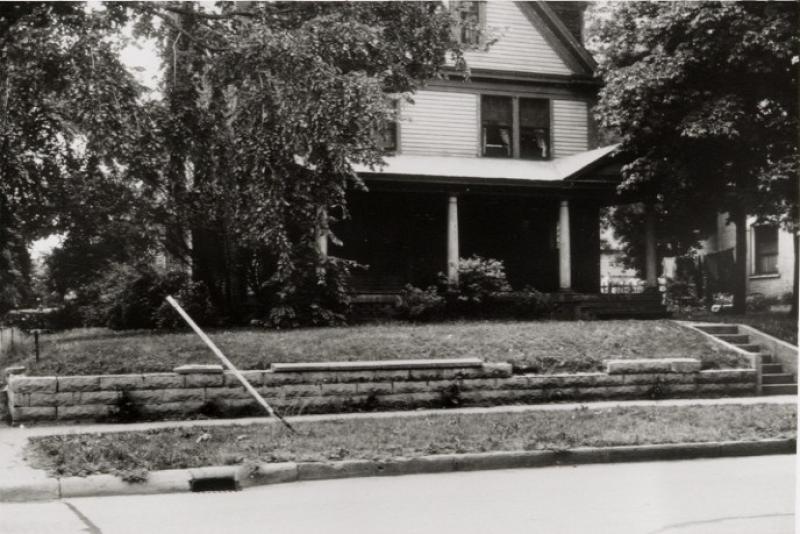 Phi Kappa Psi, a fraternity at Iowa State College, once occupied this house on the northwest corner of Fifth Street and Grand Avenue (505 Grand Avenue). Because the infrastructure in the campustown (4th ward) area was not developed in the early decades of the twentieth century, fraternities chose to locate their living quarters in the center of Ames. This house was razed in 1978 or 1979 in order to construct the Pyle Office Building. The house immediately to the north (507 Grand) was razed in 1984 when the Pyle enterprise was expanded into the Pyle Office Park.
Citation: 172.963.3
Year: 1975 (approx.)
Categories: Houses, ISU / ISC, Misc., Places/Buildings
Tags: PHI KAPPA PSI, GRAND AVENUE, IOWA STATE COLLEGE, PYLE OFFICE PARK, FRATERNITY HOUSES, ISC
< Back to Search