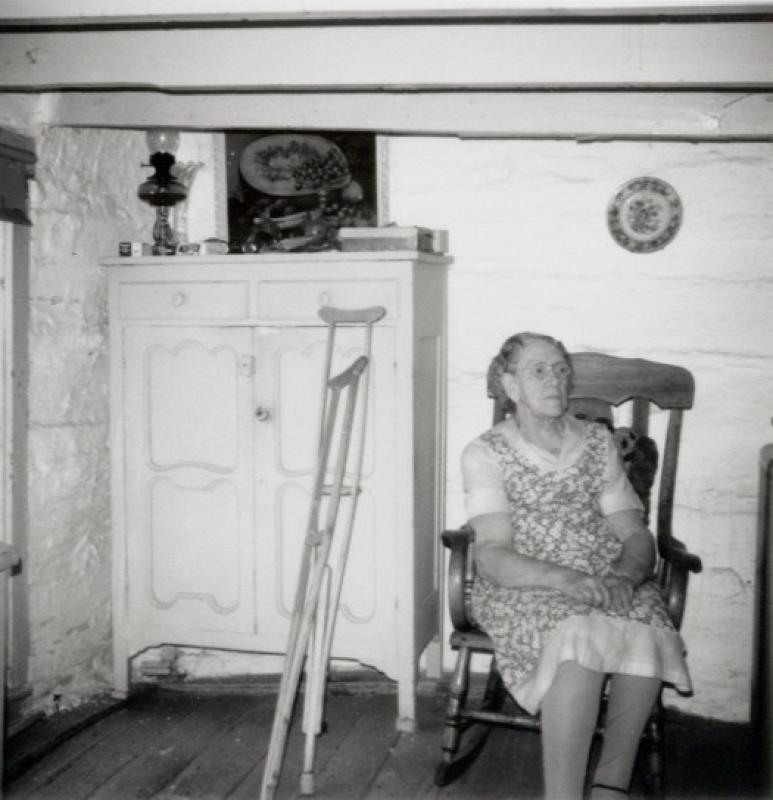 Picture taken by Ruth Hansen Boast, during an April, 1976, church "shut-in" visit, of Maggie Sharp, the owner of a log home northeast of Huxley, Iowa. Boast and Sharp were both members of First Methodist Church in Ames. The log cabin was built by Andrew Bard in 1854; a frame structure was added around 1900. The kitchen/ diningroom was located in the log portion of the house. The house was occupied by Bard's granddaughter Margaret Sharp from 1901 until her death in 1981. After she died, the house was occupied by her cousin Roy Thomas. The cabin's structure had substantially declined by the 1990s and was razed. More information on this cabin home can be found on pp. 27-29 of "Ames; the Early Years in Word and Picture, From Marsh to Modern City," by Farwell T. Brown, 1993. (See also: 227.1309.1-2)
Citation: 227.1308.5
Year: 1976
Categories: Places/Buildings, Houses, People, Churches
Tags: HUXLEY (IOWA), LOG CABINS, SHARP, MARGARET, BOAST, RUTH HANSEN, HOUSE, SHARP, HOUSE, BARD, FIRST METHODIST CHURCH
< Back to Search