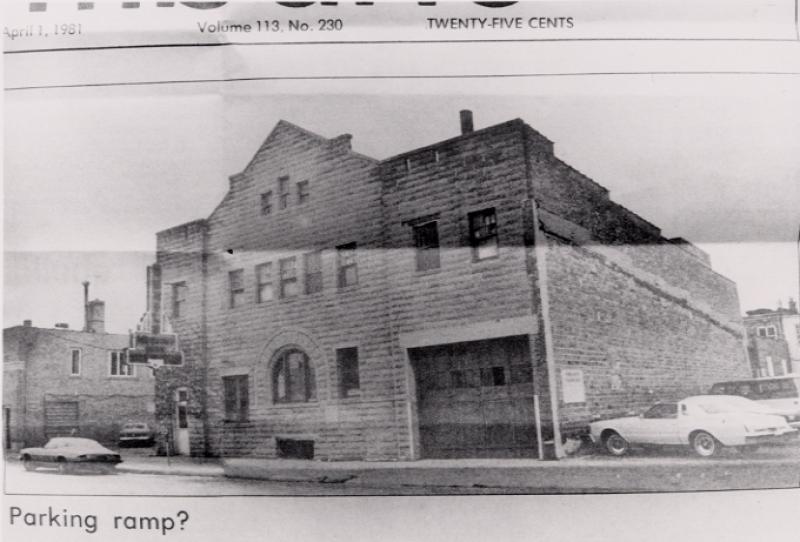 This photograph from the "Ames Daily Tribune" on April 1, 1981, shows the old armory building at 308 Fifth Street in downtown Ames. Built in 1905, the aromory once provided Ames with its best auditorium facility for theatrical, musical, and social events. Iowa State College played its first intercollegiate basketball games here in the winter of 1907-08. From around 1924 through 1971, the building was occupied by the O'Neil Dairy. It was then used, through 1982, as a warehouse by Nim's Sportsman's of Ames, a store located on Main Street. Then it remained vacant (used at Halloween as a haunted house venue) until it was finally razed in 1985. This news photo caption suggests that the site might be used for a future parking ramp.
Citation: 145.797.5-6
Year: 1981
Categories: Misc., Places/Buildings
Tags: O'NEIL DAIRY, NIMS SPORTSMAN'S OF AMES, ARMORY, OLD, FIFTH STREET
< Back to Search