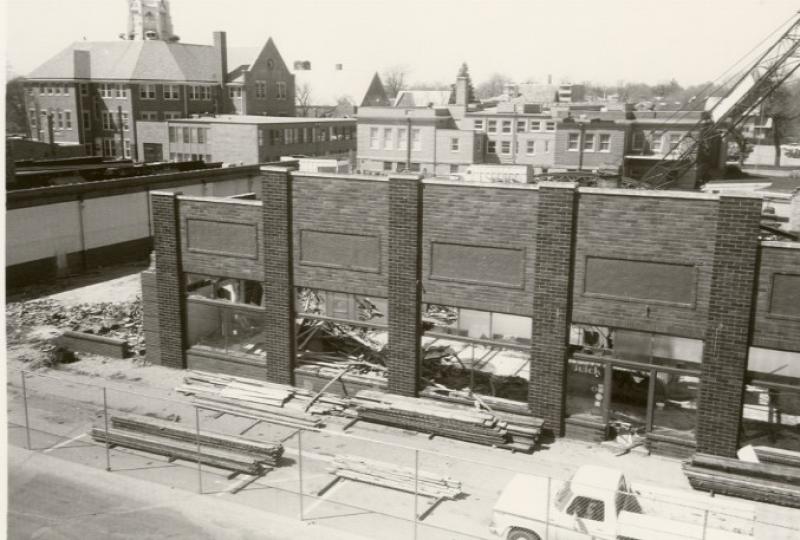 Originally, the partly-demolished building in this photograph at 201 Fifth Street in downtown Ames was occupied by the Allen Motor Company, a Chevrolet dealership and garage. In 1970, it became Benson Motor Inc. Here, in 1984, it is being torn down to accommodate the expansion (completed in 1985) of the Ames Public Library which can be seen in the upper right of this photograph. Behind Benson Motor was a used car lot which was also removed for the library's new addition. Also removed was a residence which originally belonged to the Alpin family. The back and side of First Methodist Church is seen in the upper left of the photograph. Both the church and the library had entrances on Sixth Street.
Citation: 81.423.2
Year: 1984
Categories: Downtown/Main St., Places/Buildings, Businesses, Churches
Tags: AMES PUBLIC LIBRARY, HOUSE, APLIN, ALLEN MOTOR COMPANY, BENSON MOTORS, AUTOMOBILE DEALERSHIPS, FIRST METHODIST CHURCH, FIFTH STREET
< Back to Search