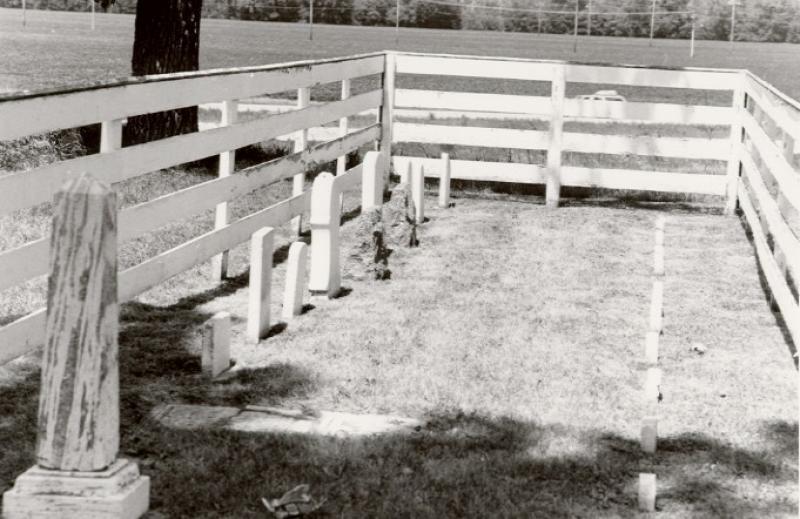 Site of the Cory Family Cemetery in southeast Ames. The first Corys were the grandparents of the famous evangelist Billy Sunday whose mother was a Cory. His grandparents, mother, and his brothers are buried here, though he himself is buried in Chicago. This cemetery is on the site of the Cory farm which existed before there was an Ames. Billy Sunday was born at the farm. This was a private cemetery at the time the fence was installed, but today [2003] is part of the city of Ames and is administered by the Municipal Cemetery staff. In this photo you can see, through the slats in the fence, the top of an automobile that is traveling along Highway 30. Photo was taken in 1984.
Citation: 94.508.5
Year: 1984
Categories: Misc., People
Tags: CORY FAMILY CEMETERY, CEMETERIES, SUNDAY, BILLY
< Back to Search