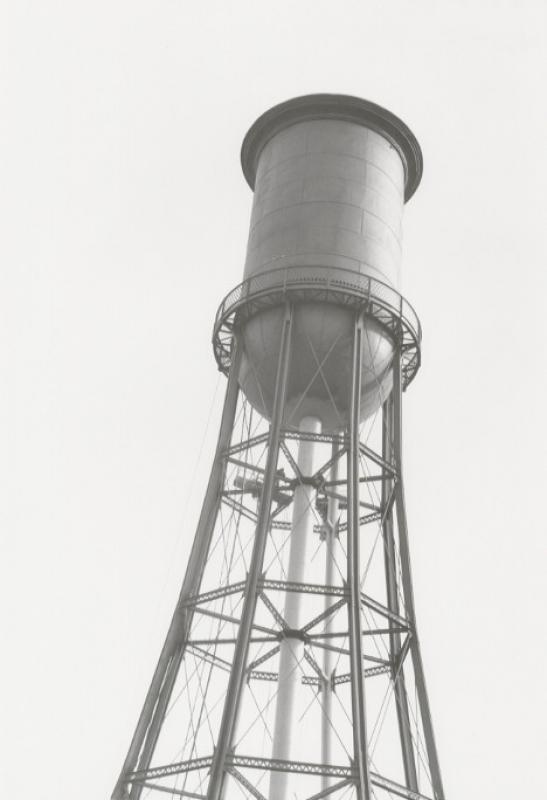 This water tower, completed in 1897, was designed by Iowa State College's dean of engineering, Anson Marston to supply the buildings on the campus with water. Marston also designed the entire water system for the college. The tower was built in response to a situation where the campus was actually running out of water. In the early days of the college, water had come from a spring and later a system of wells and cisterns. By 1890, it was clear a more adequate supply of water was needed and Anson Marston was called upon to solve the problem. (See discussion on pp. 77-80 of "The Iowa State University Campus and Its Buildings, 1859-1979" by H Summerfield Day) When it was built, the tower was the tallest and largest of any water tank west of the Mississippi River. This photo was taken by Farwell Brown shortly after engineering alumni of Iowa State University provided money to restore the tower as an historic structure in 1985. The base of the tower was designed to be aesthetically appealing (Marston taught a class called "Engineering Aesthetics.")
Citation: 108.591.5
Year: 1985
Categories: People, ISU / ISC, Places/Buildings
Tags: MARSTON, ANSON, MARSTON WATER TOWER, IOWA STATE COLLEGE, WATER TANKS
< Back to Search