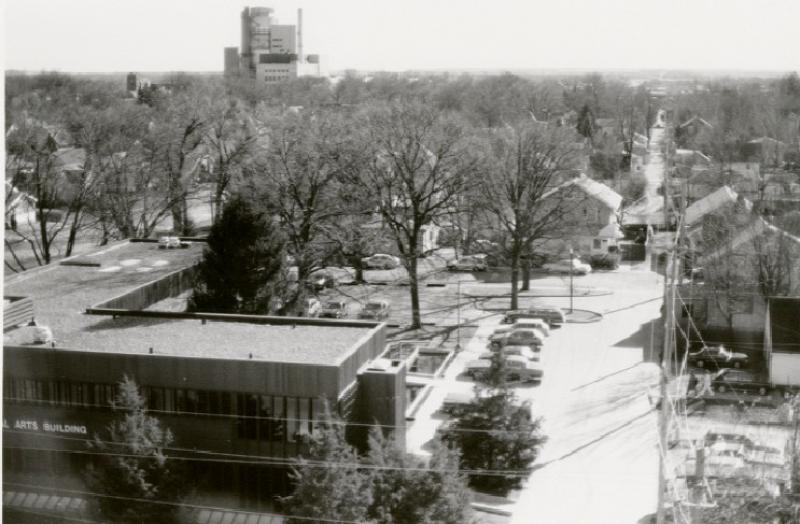 Taken in 1986 from an upper floor of the south side of the Mary Greeley Medical Center, this photograph shows the Medical Arts Building on the southwest corner of Eleventh Street and Duff Avenue. Constructed in 1978-1979 as the location of obstetrition/gynecologist John Doran's "Doran Clinic for Women," the building is occupied in 2001 both by the Doran Clinic and by some of the offices of the McFarland Clinic PC. Area to the right of the Medical Arts Building shows houses that were later removed to make room for the hospital's parking ramp. In the center of the photograph can be seen the City of Ames's electrical power plant on Fifth Street in the downtown area.
Citation: 87.462.2
Year: 1986
Categories: People, Places/Buildings, Misc.
Tags: DORAN, JOHN, DORAN CLINIC FOR WOMEN, MCFARLAND CLINIC, PHYSICIANS, POWER PLANT, AMES, MEDICAL ARTS BUILDING
< Back to Search