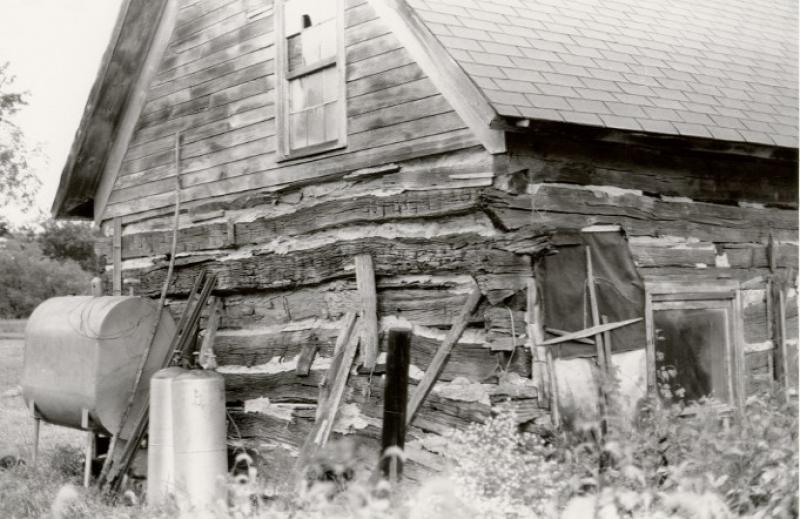 Taken by Farwell Brown in 1986, this is the exterior of the Sharp log home, located northeast of Huxley, Iowa. The log portion of his home, occupied in 1986 by its last resident Roy Thomas, dates from 1854 when it was built by Andrew Bard. Bard's granddaughter, Margaret Sharp, lived here from 1901 to 1981 when she died. Roy Thomas was Margaret's cousin. The cabin was torn down after Thomas's death in 1987 or 1988. Parts of the structure and its furnishings were utilized in the Bauge cabin restoration by the Ames Heritage Association.
Citation: 94.509.1
Year: 1986
Categories: Places/Buildings, Houses, Local Organizations
Tags: HUXLEY (IOWA), LOG CABINS, HOUSE, SHARP, HOUSE, BARD, AMES HERITAGE ASSOCIATION, BAUGE LOG CABIN RESTORATION
< Back to Search