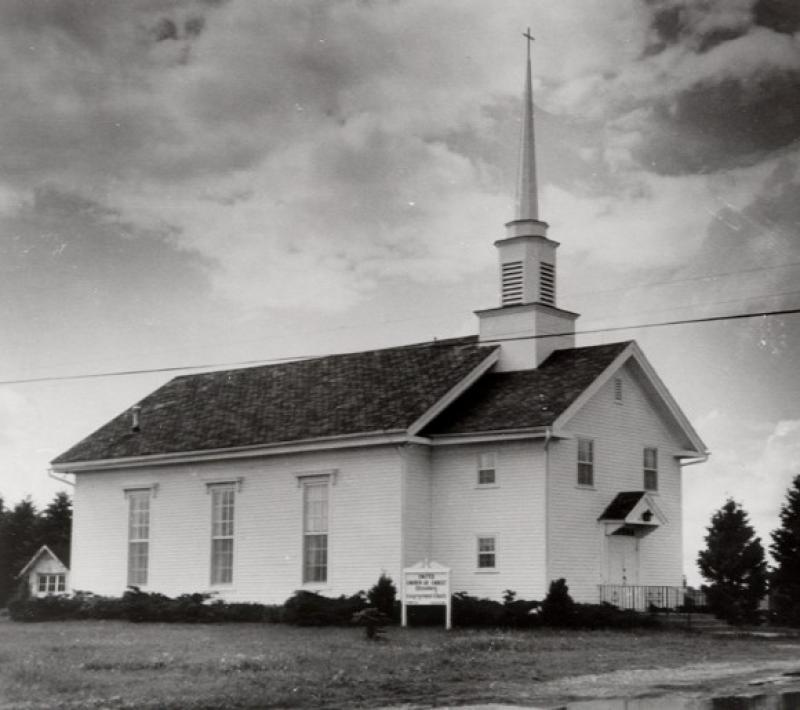 A front view of the Wittemberg Congregational Church, north of Newton, Iowa, taken by Farwell T. Brown during a visit in 1987. This church was established before the Civil War and was originally associated with a denomination that was strong in the South. During the war, it became a Congregational church. It is in the adjacent graveyard that Rev. John White, his wife Jane and their little daughter Mary were buried. Rev. White was a founder of the Congregational church in Ames in 1865. (Rear view of the church, ID106.580.3)
Citation: 106.580.4
Year: 1987
Categories: Churches, People, Wars & Military
Tags: CHURCHES, WHITE, MARY, CIVIL WAR, WITTEMBERG CONGREGATIONAL CHURCH, WHITE, JOHN, WHITE, JANE E., CONGREGATIONAL CHURCHES
< Back to Search