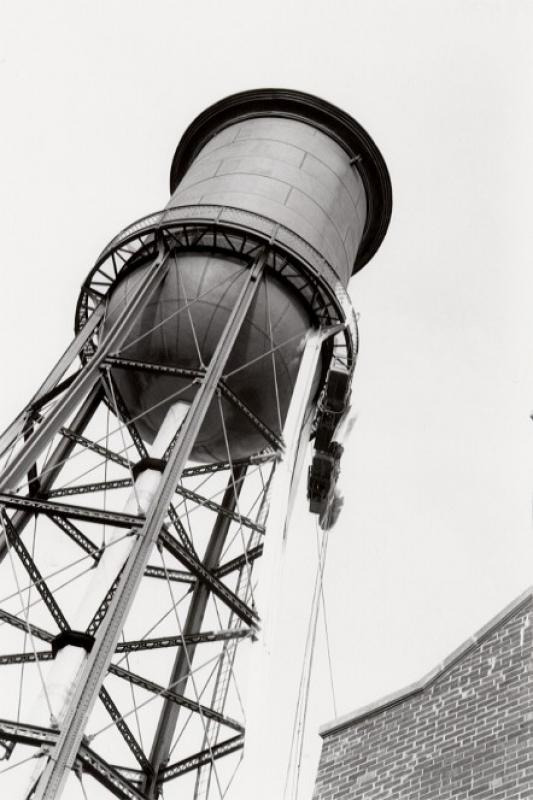 The Marston water tower, the erection of which was completed in August, 1897. The structure was designed by Iowa State College engineering professor Anson Marston to answer a critical need for water on campus. Marston taught a class in engineering aesthetics and believed structures should not only be useful but also be pleasing to the eye, hence the curving base holding the tank. This photograph was taken by Farwell Brown in the late 1980s when the structure had been restored, but was no longer an active water tank. All the paint had been scraped off, rusted metal was fixed, and the entire structure was rust-proofed. For another angled shot of the water tower, see 89.470.2.
Citation: 89.470.1
Year: 1987 (approx.)
Categories: People, ISU / ISC, Places/Buildings
Tags: MARSTON, ANSON, MARSTON WATER TOWER, IOWA STATE COLLEGE, WATER TANKS, IOWA STATE UNIVERSITY
< Back to Search