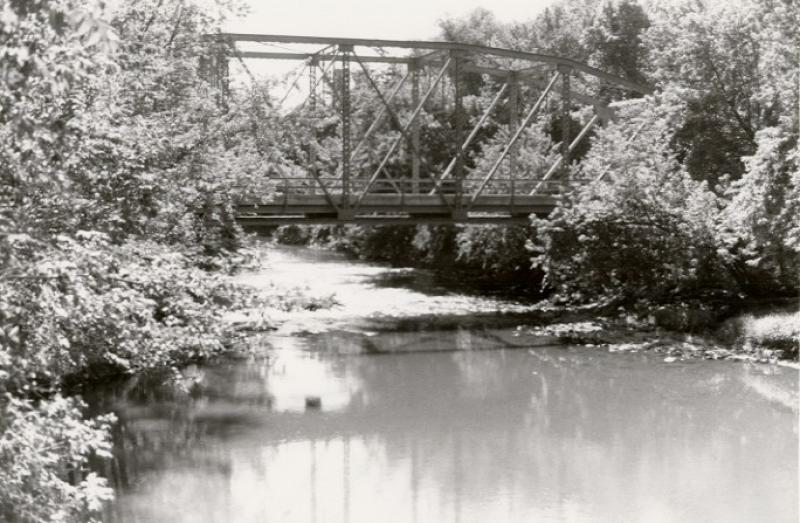 Bridge located on the county road near the "40 & 8" cabin, two miles north of the Gilbert corner, and east to the river. (The "40 & 8" cabin was constructed by an organization called "The 40 & 8" whose name commemorates the World War I practice of transporting cavalry units by transports holding 40 men and 8 horses.) This bridge was originally located on Lincoln Way east of Ames. When Lincoln Way was widened at that spot and a wider bridge installed, the original bridge was moved to this location, on the west bank of the Skunk River near the cabin.
Citation: 96.517.1
Year: 1987 (approx.)
Categories: Places/Buildings, Wars & Military, Misc., Local Organizations, Parks & Nature
Tags: BRIDGES, WORLD WAR I, GILBERT (IOWA), 40 & 8 (ORGANIZATION), SKUNK RIVER
< Back to Search