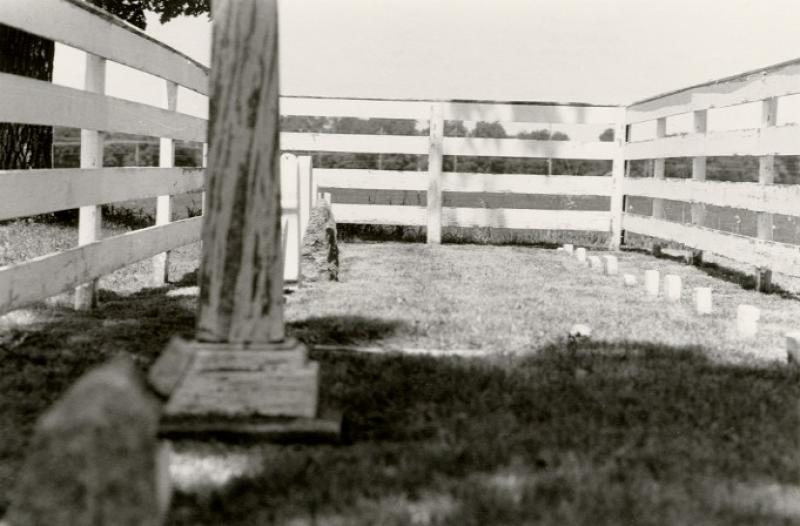 The Cory Family Cemetery. The Corys were the maternal side of the evangelist Billy Sunday's family. In this cemetery, now within the boundaries of Ames, are buried seventeen of Sunday's relatives including his grandparents, his mother, and his older brother Albert (Billy Sunday himself was buried in Chicago). The cemetery was located on the Squire Martin Cory (Sunday's grandfather)farm. Cory obtained the property from the federal government in 1852 as the result of his father's service in the French and Indian War; it was one of the first farms located in what became Story County, twelve years before the incorporation of Ames. Billy Sunday and his brothers, Albert and Howard E. (Ed), grew up in the Cory household because their father was a casualty of the Civil War. Since 1976, the Parks and Recreation Department of the City of Ames has been in charge of the upkeep of the Cory Family Cemetery which is located in south Ames. The Ames Heritage Association (later, the Ames Historical Society) placed outside the fence of the cemetery a plaque designating the site of Billy Sunday's birthplace and the Cory Family Cemetery on May 31, 1992. For more information on the Cory Family Cemetery and the life of Billy Sunday, see "No Sunday Sermons Here," pp. 129-133, in "Ames: the Early Years in Word and Picture," by Farwell T. Brown, 1993.
Citation: 99.540.1
Year: 1992
Categories: People, Local Organizations, Misc.
Tags: CORY, MARTIN, AMES HISTORICAL SOCIETY, CORY FAMILY CEMETERY, AMES HERITAGE ASSOCIATION, CEMETERIES, SUNDAY, BILLY, CORY, HOWARD E. "ED"
< Back to Search