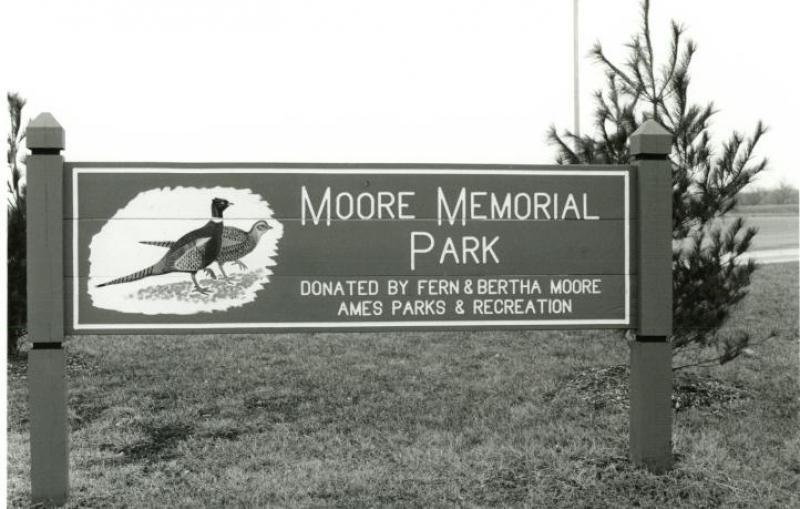 A native of southeast Iowa, Fern T. Moore graduated from Iowa State College in 1925 and soon began his dairy career as foreman at the O'Neil Dairy in Ames. That same year, he married Bertha Bosma, a native of the Netherlands who came to the U.S. in 1914. Bertha was a 1921 graduate of nurses training in Iowa City and was on the staff of Mary Greeley Hospital. In 1932, Fern established the Moore Dairy, first on South Kellogg Ave. and later on the corner of Fifth St. and Clark Ave. He also operated a 90-acre farm on the same property that is now home to Moore Memorial Park. The park is on the west end of 24th St. just north of the Veenker Memorial Golf Course. The land was a gift to the city of Ames under the terms of Bertha's will, which said certain "improvements" had to be made to the property within 3 years, including building a playground and a parking area. The park was dedicated on June 25, 1992.
Citation: 179.1007.1-2
Year: 1995
Categories: Parks & Nature, People, Misc.
Tags: MOORE PARK, MOORE, FERN THEODORE, PARKS, O'NEIL DAIRY, MOORE DAIRY, MOORE, BERTHA BOSMA
< Back to Search