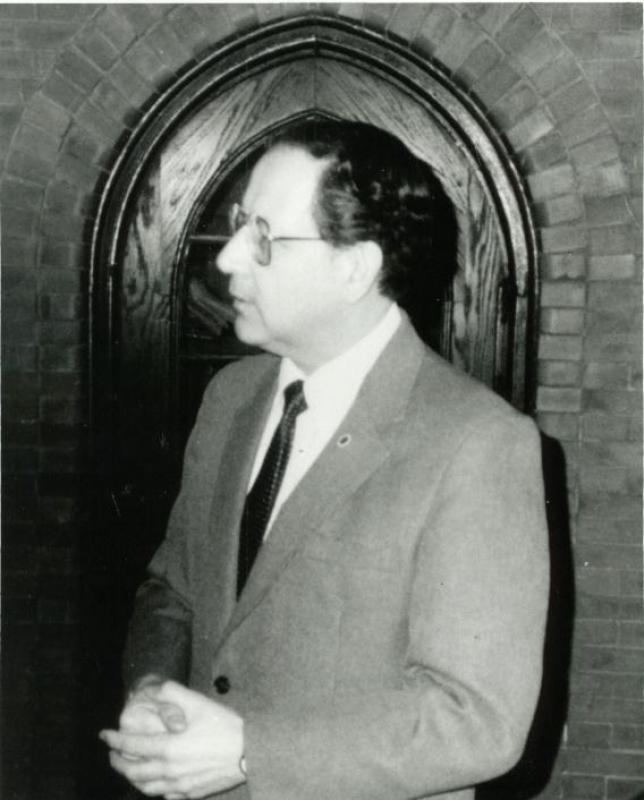 Norman Wentworth Jackson grew up in Ames, the son of a Native American father from Oklahoma and a New Englander mother from a prominent, old line family. He was baptised,confirmed, and married in the Ames Congregational Church (United Church of Christ). He and his wife, Faith, were both ordained Congregational ministers. Norman (known as "Jack") was ordained in his home church. Faith Jackson also had grown up in Ames. Norman Jackson received his Master of Divinity degree from Hartford Seminary; Faith Jackson's was from Drew University. Norman Jackson served two churches in Wisconsin, was conference minister in the Kansas-Oklahoma and Hawaii Conferences, was executive associate to the president of the United Church of Christ, was executive director of the Council on American Indian Ministry, and served professorships at Eden and United Theological Seminaries.
Citation: 219.1247.1-4
Year: 1995
Categories: Churches, People
Tags: CHURCHES, JACKSON, NORMAN WENTWORTH, UNITED CHURCH OF CHRIST, CONGREGATIONAL, CONGREGATIONAL CHURCHES
< Back to Search