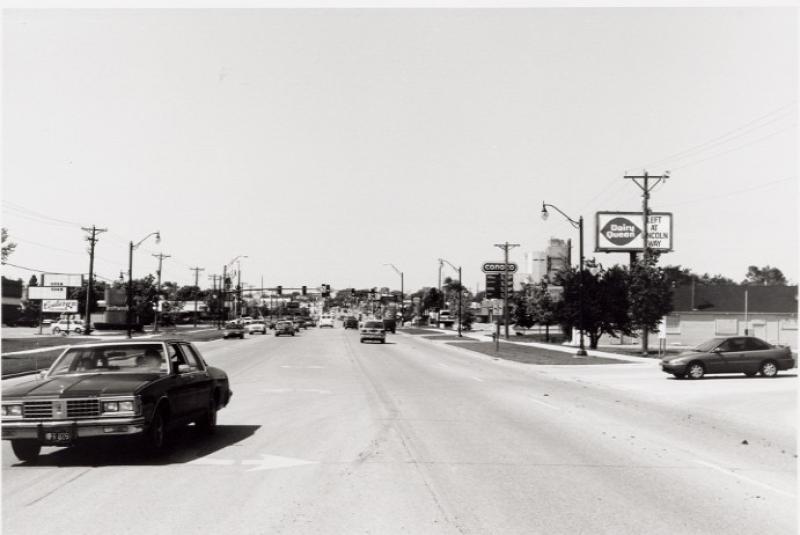 Looking north on South Duff Avenue, taken after the 1996 flood, this photograph shows the development in the floodplain on both sides of the road. The markee for Century III Movie Theatres on the left announces that the theaters would "open soon" after the cleanup that was necessary because of the flood waters which had inundated the building in June. This had also occurred during the great flood of 1993. The Century III building was finally razed in 1999. Twentieth Century Bowling (sign is visible next to the Century III sign) is still [2004] in operation. The Ames power plant can be seen in the distance on the right.
Citation: 183.1036.3
Year: 1996
Categories: Businesses, Misc., Places/Buildings
Tags: THEATERS, MOVIE, 20TH CENTURY BOWLING, FLOODS, DUFF AVENUE, CENTURY III THEATRES, POWER PLANT, AMES
< Back to Search