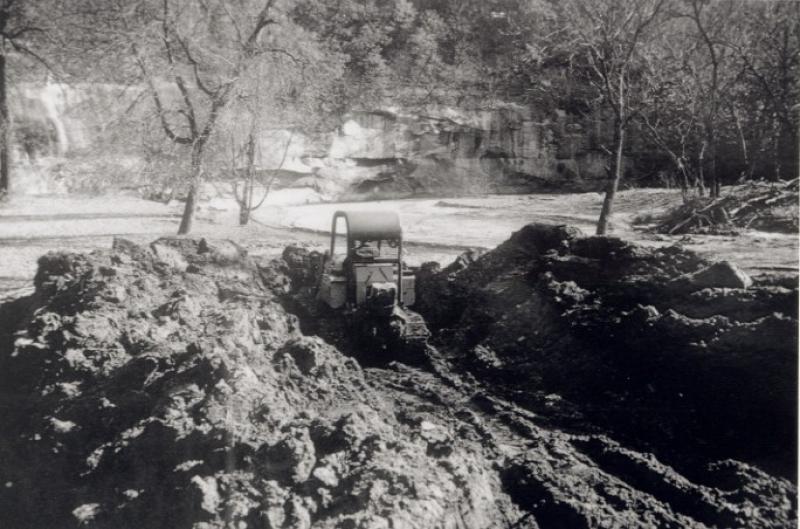 The devastation of yet another flood in the Ledges State Park near Boone in 1996 is apparent as a bulldozer attempts to open up the lower portion of the park. After the construction of the Saylorville Dam on the Des Moines River in the late 1960s, the frequent flooding of the lower Ledges has completely changed the character of the area, destroying vegetation and depositing silt. The Ledges officially became Iowa's first state park in 1924. Camping and picnicking in the lower Ledges were popular recreations until the frequent floods made that area of the park less desirable.
Citation: 184.1041.5
Year: 1996
Categories: Parks & Nature, Misc.
Tags: LEDGES STATE PARK, FLOODS, DES MOINES RIVER
< Back to Search