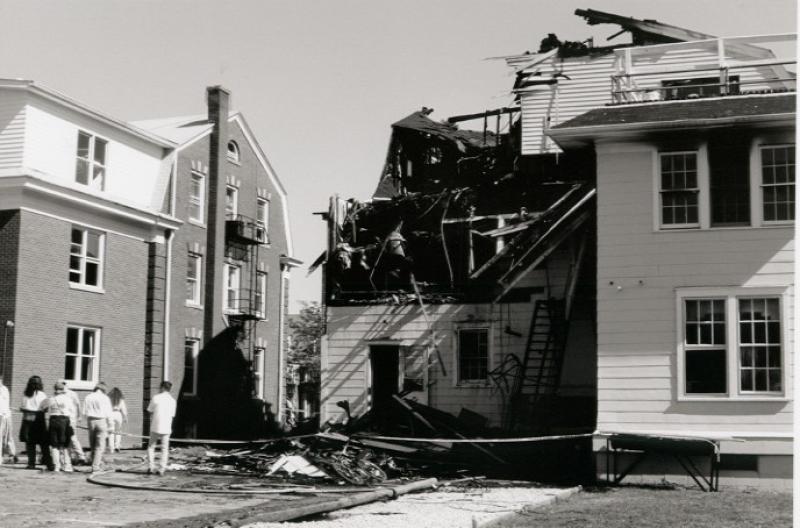 This photograph shows the rear of the Theta Chi Fraternity house at 219 Ash Avenue near the Iowa State University campus. The house was burned beyond repair on October 6, 1996; damage was set at $773,000. Grease on the kitchen stove was determined to be the cause of the fire. No one was injured in the fire. This fire was the impetus for an investigation into the safety of fraternity and sorority houses; of the 43 ISU Greek houses, about half had no sprinkler systems and most of the remaining half had only partial sprinkler systems.
Citation: 192.1087.2
Year: 1996
Categories: ISU / ISC, Places/Buildings, Misc.
Tags: FRATERNITIES, ISU, FRATERNITY HOUSES, ISU, ASH AVENUE, IOWA STATE UNIVERSITY, FIRES, THETA CHI FRATERNITY
< Back to Search