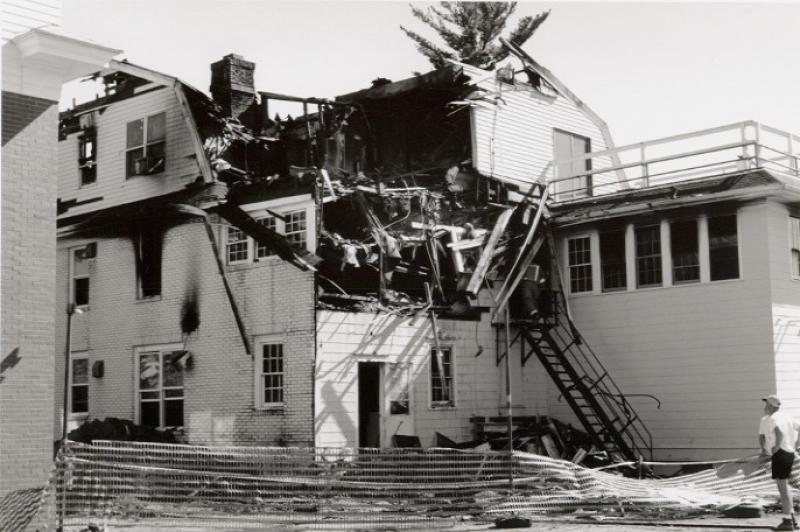 This photograph, taken by Farwell T. Brown on October 7, 1996, shows the side of the Theta Chi fraternity house on the day after a grease fire caused $773,000 worth of damage. It is clear in this view that the fire moved up from the first floor kitchen to the roof. No one was injured in the fire and the 24 Alpha Mu chapter members then living in the house moved into the Adelante Fraternity house. The burned structure was razed and a new structure, erected at a cost of $1.4 million, was opened in August, 1999, at 219 Ash Avenue, the site of the previous building.
Citation: 192.1087.4
Year: 1996
Categories: ISU / ISC, Places/Buildings, Misc.
Tags: FRATERNITIES, ISU, FRATERNITY HOUSES, ISU, ASH AVENUE, IOWA STATE UNIVERSITY, FIRES, THETA CHI FRATERNITY
< Back to Search