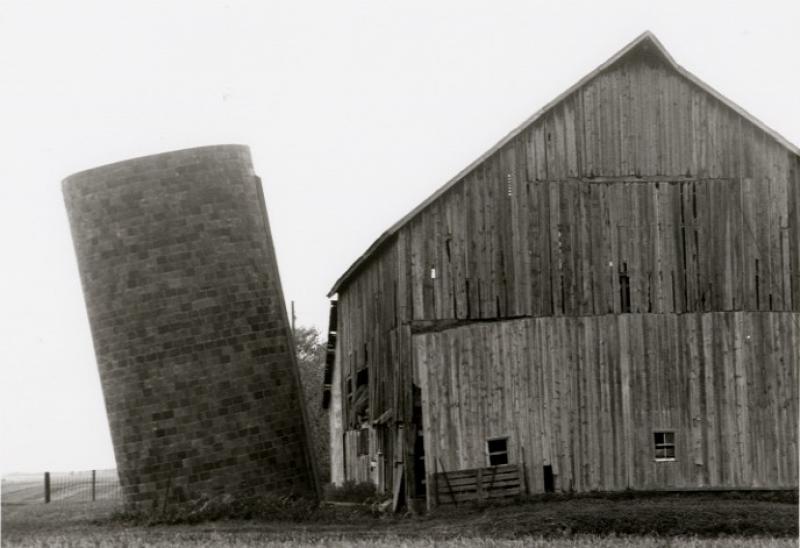 Photograph was taken by Farwell T. Brown around 1997 as he was waiting to interview the residents of the Brekke farm in Howard County, Iowa, near the Minnesota border. In his career as an appraiser for the Iowa Dept. of Transportation, Mr. Brown had seen many silos in this state of disrepair. Eventually, the silo probably tumbled all the way down. The Brekkes were relatives of Celina Beranger Brekke (see ID 205.1165.1) who rode from New York City on "the orphan train" as a child and whose story is told in Appendix B of "Ames in Word and Picture; Book Three: Tales from Two Old-Timers," by Farwell Brown, 2003.
Citation: 206.1167.1-3
Year: 1997 (approx.)
Categories: Places/Buildings, People
Tags: BREKKE FARM, SILOS, BREKKE, CELINA BERANGER, HOWARD COUNTY (IOWA), BARNS
< Back to Search