The Library and Bookmobile will be closed Monday, May 30 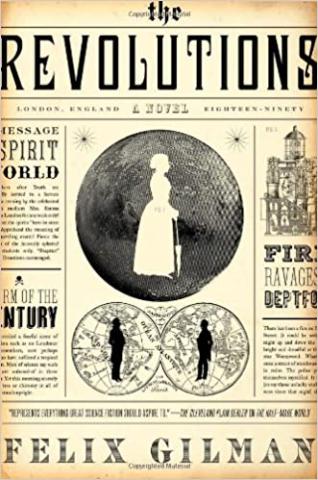 Well, here we are in October when recommendations for scary books are thicker on the ground than the leaves falling from the trees.  I’m loathe to lean in on horror, however.  Being terrified, even when it’s seasonally appropriate, isn’t my idea of a good time.  Reading scary books or watching scary movies is sometimes compared with riding a roller coaster: you get the experience of a frightening situation while actually remaining perfectly safe.  It must be some mental block, but I generally choose to take a pass on as much terror as I can, be it real or simulated.  But leaving the fright to the side doesn’t necessarily mean abandoning the spirit of the season.  There are plenty of tales of life after death, and of those who communicate with the dead, that won’t make you jump at a bump in the night.  Here’s a few reads that will let you participate in Halloween reading without being more than medium spooky.

In “Ghost Talkers,” author Mary Robinette Kowal offers an alternate history of the First World War in which the Allied powers can call upon a supernatural secret weapon.  A group of mediums called the Spirit Corps, men and women who can communicate with recently-killed soldiers to gain valuable intelligence from the front.  Ginger, an American medium with the Spirit Corps, begins to suspect the presence of a traitor helping the Germans to thwart the Spirit Corps’ efforts, or to eliminate the corps entirely.  But even in a paranormal alternate history, it would be too much to hope for that the male generals in charge of planning the war’s course would take a woman seriously, even one who can speak to the dead.  So Ginger gathers her friends to find the traitor, save the Spirit Corps, and keep the Allies on the path towards victory.  Once the action starts this is a fast read with plenty of action, but with a melancholy atmosphere that suits the content.

A step further down the road toward spooky is “The Revolutions” by Felix Gilman.  More than merely atmospheric, the incessant weirdness of the fin de siècle London imagined here can be unsettling.  Arthur, a struggling journalist, falls in love with Josephine, a woman employed as a stenographer by a secretive spiritualist society which offers Arthur a job as a clerk for a remarkably high wage.  The wage comes along with danger, however, as several of Arthur’s new colleagues begin hallucinating, and competing spiritualist societies begin a covert war.  The goal of these societies, using the calculations done by Arthur and his co-workers, is to perform a ritual allowing them to psychically transcend the Earthly sphere and journey to spheres beyond.  Though I’ve done my best, no short description can do justice to just how bizarre each new twist in this book is, as the author piles on layer after delightfully weird layer.

Perhaps unsettling or even atmospheric are too close to scary for your comfort?  In that case, would you accept romantic comedy?  “Inside Job” is a novella by Connie Willis, which you can find published by itself or in the collection “The Best of Connie Willis.”  Rob is the publisher of the Jaundiced Eye, a magazine that exposes psychics as frauds, a project Rob has a passion for but which brings in little money.  Luckily, his assistant Kildy is possessed of private means and buys them both tickets for the show of an up-and-coming medium who purports to channel an ancient spirit.  The show appears to be the merest sort of flimflam until the medium interrupts her own performance to begin berating the audience in a gravelly voice, “Have you yaps actually fallen for this mystical mumbo-jumbo?”  Why would a psychic try to convince her own audience that she was a fraud?  Why do the words of this “channeled” spirit sound so familiar to Rob?  And why is Rob incapable of noticing that Kildy just might love him?

If you’d like to dial back this season’s terror to medium, you can find these great books, and plenty more, at the Ames Public Library.