Wrapped Up in Christmas 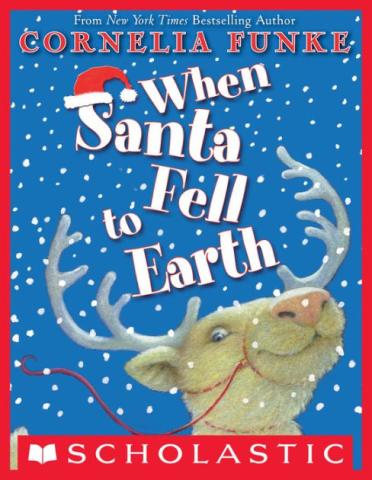 Wrapped Up in Christmas

Holiday picture books are a delightful part of the Christmas season, their illustrations inviting readers to imagine Christmases past and present. Our library has a great section of them, shelved all together in one place for easy browsing. But maybe this year you’d like to get truly wrapped up into a Christmas story you can read over several nights, a story that can transport you back in time or off to some other place. You need a juvenile fiction Christmas story! Read on to hear about several I’ve discovered this year as I wandered the stacks looking for that delightful little Christmas tree sticker on the spine.

As with pop singers and Christmas albums, many well-known authors try their hand at a Christmas book. Ann M. Martin, author of the Babysitter’s Club books, penned a thoughtful one for true believers called “On Christmas Eve.” It's winter, 1958, and 3rd-grader Tess still believes in Santa Claus. She believes so strongly, in fact, that she determines to meet him and experience all the Christmas magic that happens at midnight on Christmas Eve. She's extra determined because her friend Sarah's dad is dying, and she thinks Santa might be able to help. There's lots of Christmas magic and lots of real life all wrapped up in this story.

In “When Santa Fell to Earth” by Cornelia Funke, Ben has pretty much given up on Santa. Until Santa, in a wooden caravan, appears in his neighborhood. Yup, it’s the real Santa—the last real Santa. All the rest have gone over to dark side, driving around in limousines, guarded by evil Nutcrackers. Santa does have some folks on his side—small angels, grouchy elves, and an invisible reindeer. Will it be enough to save Christmas? Quirky and inventive, this is an excellent fantastical book.

Christmas is sweeter and more potent in the country, as depicted in “The Christmas Barn” by C. L. Davis. Roxie’s large family lives in a small house in rural Appalachia during the Depression. Life is hard--and winter is especially hard!—but their family works together to make a special, heartwarming Christmas. “The True Gift” by Patricia MacLachlan is another old-fashioned country Christmas story; Liam is determined to cheer up his grandparents’ cow who is lonely because she’s the only one left on the farm.

For those who are not afraid to read about the rough edges that come with every family Christmas, I recommend Richard Peck’s “A Season of Gifts.” Revisiting the town and people of his famous “A Year Down Yonder”, this old-fashioned country tale is full of interesting characters--some foolish, some downright mean, and some who have a deeply buried soft spot.

Perhaps an even more realistic rough-edged (but hilarious!) family Christmas is depicted in “The True Story of Christmas” by Anne Fine. Ralph is caught in a maelstrom of confusing and selfish family members as he tries to simply tell the truth! What is Great-Grandma muttering under her breath? Who wrote mean letters from Santa and gave bricks to the destructive twins? Who regifted what? And how did his aunt’s pearl earrings end up in the laundry? The truth is so bad that Ralph’s mom makes his dad sign a contract (in blood!) promising that next year they’ll go to the beach for Christmas.

Lastly, popular author Andrew Clements brings to life the holiday season at middle school in “The Last Holiday Concert.” Hart likes his chorus class, although it’s a bit boring. Boredom comes to an end, though, when he finds himself in charge of the 6th grade holiday chorus concert. How can he possibly fit in every dance number and magic trick his fellow students want—not to mention the actual songs? This funny and heartfelt book reminds us to cut through the hustle and bustle of the holidays and get wrapped up in the things that really matter to us the most.