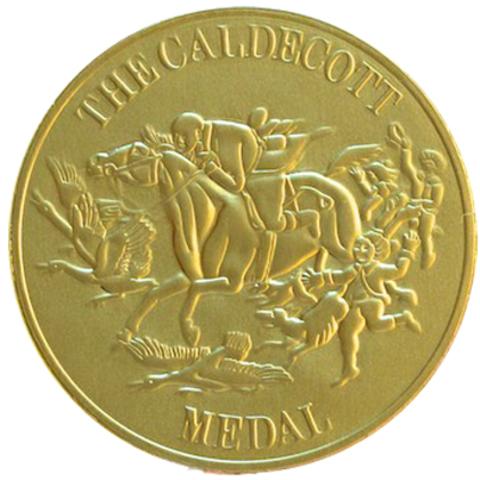 It’s almost one of the most exciting times of the year for a youth services librarian! That’s right, the ALA Youth Media Awards are coming up. What does that long title even mean? These awards are a chance to, according to the American Library Association, “honor books, videos, and other outstanding materials for children and teens.”

You might be familiar with some of the awards. The Caldecott medal, for example, is given to the illustrator with the best art in a picture book for children aged up to and including fourteen.  Some of my favorite possible Caldecott winners include “Bright Star” written and illustrated by Yuyi Morales, which uses computer art and embroidery to make the pictures! Another you may want to look at is “Unspeakable: The Tulsa Race Massacre” written by Carole Boston Weatherford and illustrated by the late, great Floyd Cooper.  This is a wonderfully illustrated nonfiction picture book.  Another book that’s gotten some buzz is “Mel Fell” written and illustrated by Corey R. Tabor.  This book has amazing illustrations and some great science connections.

The Newbery Award is the other award that many people know. This is an award given to the most distinguished book for children up to and including age fourteen.  This year, the one that I’m watching most is “The Beatryce Prophecy” by Kate DiCamillo, about a young girl with amnesia, monks, and a very aggressive goat! Another possible winner is all about a girl who has to find her missing brother, with great fantasy elements; Check out “Amari and the Night Brothers” by B.B. Alston if that sounds exciting to you.  There are also a couple of memoirs that have gotten some buzz. One of the late Gary Paulsen’s last books looks at his own childhood, “Gone to the Woods: Surviving a Lost Childhood.” Another great memoir is Waka T. Brown’s “While I Was Away,” which is about one of the author’s childhood trips to visit a grandmother in Japan.

We also have an award for beginning readers, the Theodore Seuss Geisel Award. This is always one of my favorite awards! One that you may want to read, or have a beginning reader read to you, is “Fox at Night” by Corey R. Tabor, a story about a fox who is a tad bit scared of the dark. You can also try “Charlie and Mouse: Lost and Found” by Laurel Snyder. This is the latest in a series about two brothers and all the wild and wonderful things they get up to.

Another very prestigious award is the Coretta Scott King Award. This award is for outstanding African American authors and illustrators each year.  An amazing author, Jason Reynolds, has a new illustrated chapter book out this year called “Stuntboy, in the Meantime” that looks terrific.  A book for slightly younger readers may also have a shot at one of the illustrator awards this year; It’s a beautiful look at how people imagine the lives of others called “Milo Imagines the World” by Matt de la Peña and illustrated by Christian Robinson.

The last award I’m sharing is the Schneider Family Book Award. This award is given every year to an author or illustrator that focuses on the disability experience. A book that my colleagues and I think has a good chance is about a young girl with cerebral palsy, and her experiences at summer camp. This book is called “Out of My Heart” by Sharon Draper, the sequel to the much loved “Out of My Mind.”  You can also check out the picture book “My City Speaks” by Darren Lebeuf, the story of a young girl with visual disabilities exploring her city.

These are just a few of the many wonderful awards that happen each year. Other awards include the Pura Belpré award for a Latino/Latina writer and illustrator, the Stonewall Book Award for books relating to the LGBTQ+ experience, the American Indian Youth Literature Award, the Asian/Pacific American Awards, and even more! I invite you to come to the library and let us know what books you think might win!