All the World’s a Stage at the Ames Public Library 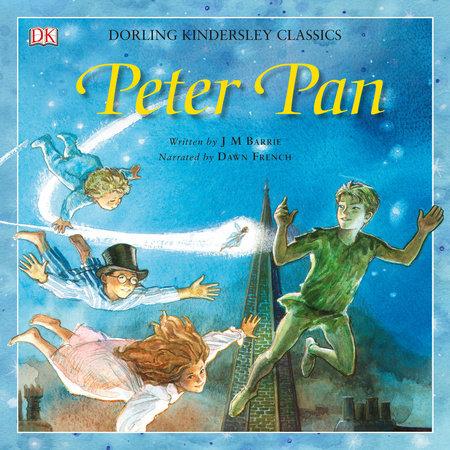 All the World’s a Stage at the Ames Public Library

Do you know kids and teens aged 7 to 14 years old who are interested in theater? Is your family’s summer filling up already, with no time for months of rehearsals and shows? Or maybe your child has never been in a show before and you’re not sure if they’d love it or not. Why not try Prairie Fire Theater’s “Peter Pan” at your Ames Public Library this summer?

Prairie Fire Theater is a professional theater company out of Barrett, MN.  How it works is that they send two professional actors/directors to a community where, in just one week, they will put on a show with the help of that community’s kids and teens! They bring all the costumes and sets, and we supply the awesome talent of Ames!

When I was a small child living in Minnesota, I participated in several Prairie Fire theater shows over the years. I played such illustrious roles as Creeping Charlie in “Alice in Wonderland” and a Naughty Child in “Pinocchio.” After my experiences, I can tell you that participation is fun, with a very exciting show at the end of it!  It worked out really well for my family to only have to block out one week of our busy summer for a full play.

Maybe your child would like to prepare for a theater experience? Why not pick up the book of “Peter Pan” by J.M. Barrie here?  Or perhaps you have already read this and you want to read one of the many sequels or adaptations. The official sequel is called “Peter Pan in Scarlet” by Geraldine McCaughrean.  This is a direct sequel to Barrie’s tale, with the Darling children and the Lost Boys headed back to Neverland.  There is also a prequel series to this story, written by Dave Barry. The first one is called “Peter and the Starcatchers” and follows a young orphan named Peter, who might just turn into someone you recognize!  Or there’s a wonderful picture book about a young girl who wants to perform in her class production of “Peter Pan” called “Amazing Grace” by Mary Hoffman.

Other ways to prepare could be by watching different plays. It may be hard to go see one in person before June this year, but we do have some on DVD at the Ames Public Library.  One that was filmed live on stage is “The Spongebob Musical.” If you have some Spongebob fans in your house, why not try this and talk about what theater is? Another that was filmed live is “Shrek, The Musical.” Both of these are good ways to start the conversation about stages, makeup and costumes, and more!

We also have books about the theater as well. “Alaina and the Great Play” by Eloise Greenfield is a wonderful picture book about a girl who is incredibly excited to be part of her school play. Or check out as a class works together to put on a school play in Aliki’s “A Play’s The Thing.” Kids who want a chapter book might like to check out “Sadiq and the Perfect Play” by Siman Nuurali or “Short” by Holly Goldberg Sloan.

Kids might also like to check out some nonfiction books about performances as well. “On Stage: Theater Games and Activities for Kids” by Lisa Bany-Winters is full of ways that kids can learn about theater.  To read about what goes on in an actual theater, you may want to read “Theatre: From First Rehearsal to Opening Night” by John Malam.

We at the Ames Public Library are so excited to see kids at auditions! Get prepared by reading some great fiction and nonfiction and break a leg this summer!