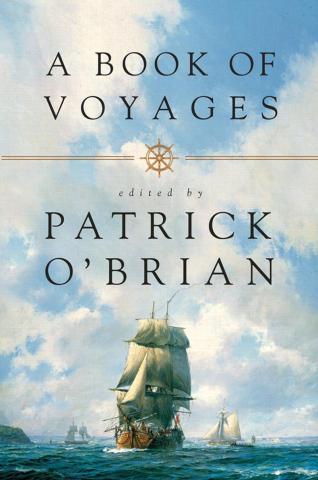 Travel exists, for me, in about the same space as dancing. I figure some people must be telling the truth when they say they enjoy those activities, but I can’t really relate. What fun you achieve with either activity seems to me to come with too high a price in cash, time, discomfort or perhaps all three. I know that my Ames Public Library colleagues have even written several of these columns extolling the virtue of travel and pointing you to books and other library resources to dream up and plan your ideal trip. In the interest of balance, I’d like to encourage you to stay home. And as you sit upon your couch, richer and more comfortable than those that traveled instead, you could read one of these books to affirm your decision.

For as long as the concept of travel has existed, people have complained about just how terrible it is. A collection of early travel writing, “A Book of Voyages,” edited by Patrick O’Brian, proves this point. Each diarist or letter-writer who was moved to comment on the glories of Venice or the oddities of Moscow invariably included complaints. There’s the foul manners of the locals, the bribes expected by border guides, or the inconveniences posed by geography itself; there’s always an inconvenient river or mountain range between oneself and one’s destination. Philip Thicknesse, for example, reported that the France of the 18th Century was a place where you needed to bring your own lock to secure the doors of your rooms, for “too much caution cannot be taken in a country where murder and robbery are, in a manner, synonymous terms.”  A section titled “Unpleasant Voyages” (which could have been the title of any travel book, really) details the delights of cruising in the days when ships depended on wind-power. These appear to have consisted primarily of starvation, depravation and even “cutting the throats of our companions, an hour or two after they were dead, to procure their blood,” for drinking. Surely neither France nor cruises have improved much since then.

Modern travel is likewise plagued with inconveniences running the gamut from the annoying to the fatal. What could be better than an expedition into the remote Honduran jungle in search of a legendary lost city? Well, taking a little nap in the patch of sunlight shining through the window of your own home, I say, but adventurous author Douglas Preston didn’t ask me. His “The Lost City of the Monkey God” chronicles the efforts of a team of explorers and archaeologist to find evidence of a previously undiscovered pre-Columbian civilization. Through the use of an aerial scan of the dense jungle, the team identified likely spots and then helicoptered into the wilderness to investigate. They discovered poisonous snakes, terrible weather, clouds of insects and tropical diseases (and sure, also one of the archaeological finds of the century). Far safer to read the book.

Even more mundane travel poses extreme risks. Take “Bullet Train” the novel by Kotaro Isaka as an example. For fifty years the Shinkansen, Japan’s high-speed railway lines, have provided fast service without losing a single passenger to derailment or collision. The real danger to passenger safety, of course, is the scourge of assassins and mobsters on board. There’s a teenage psychopath and a vengeful thug thrown in for good measure too. Each hitman has their own job, most of them directly at odds, and soon there are bags of cash and dead bodies stashed in every available compartment. The train will certainly pull into the last station on time, the real question is who will still be alive to get off?

Now that you’ll be staying home this summer, I recommend signing up for the library’s summer reading program. It’s free fun for everyone and all you have to do to receive great prizes is read. Sign up in the library or on our webpage and read, whether you decide to travel this summer or not.