Voting for all Ages at the Ames Public Library 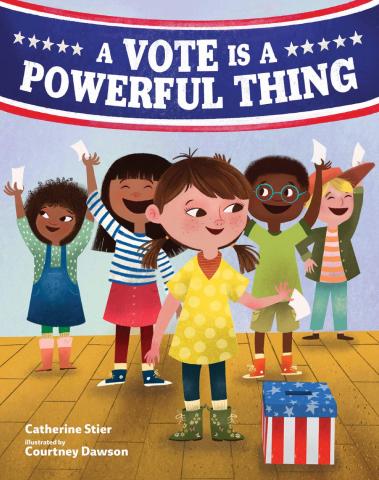 Voting for all Ages at the Ames Public Library

September is the month of school, apples, and even the start of pumpkin spice. But it also has National Voter Registration Day on September 20th.  The League of Women Voters will be here at the Ames Public Library from 11:30 am to 4:30 pm to register people to vote.

Adults may know what voting is and why we should do it. But how do we teach kids and young people? The best way is for you to vote yourself and talk about how and why you vote. But another great way is to read books about voting and government with them!

Even babies can get started on the road to voting with board books.  A great place to start is the “Baby Loves Political Science” series by Ruth Spiro. These board books with bright, cheerful illustrations cover the three branches of government.  Another choice to explain how to vote in a fun way is “Go Vote, Baby!” by Nancy Lambert. This exciting board book actually has sliding doors so that little ones can learn how to vote by making fun choices, like vanilla or chocolate ice cream!

Ames Public Library also has some picture books about voting.  One of my personal favorites is “Mama Went to Jail for the Vote” by Kathleen Karr. In it, we learn about a young girl whose mother gets arrested because she is picketing for women’s voting rights. It’s a great reminder that voting should not be taken for granted!  Even after white women received the right to vote, African Americans, Native Americans, and Asian Americans still did not have suffrage. The book “Granddaddy’s Turn” by Michael S. Bandy is about an African American boy growing up in the segregated South, that will definitely lead to discussion.

I would also suggest looking at “A Vote is a Powerful Thing” by Catherine Stier and “Vote for Our Future” by Margaret McNamara. These two picture books are all about children learning about voting.

Two favorite picture books about voting and government are “Grace For President” and “Grace Goes to Washington” by Kelly DiPucchio, which feature a young girl and what she learns about the government. They have beautiful illustrations by LeUyen Pham and are both fun and touching.  I’ll definitely be bringing them home to read with my children before I vote next.